If the groom-to-be is a huge Red Sox fan, than what better groom's cake than a Fenway Park cake!!
I've known this bride since high school, and I was so excited when she asked me to make her wedding and groom's cakes!
The bride wanted a simple wedding cake with the fluffy meringue-like buttercream texture. I also made gumpaste figurines of the bride, groom, and their dog as the topper on the cake! So adorable!!  Two of the tiers were white almond cake with almond cream and two of the tiers were lemon pound cake with lemon buttercream. 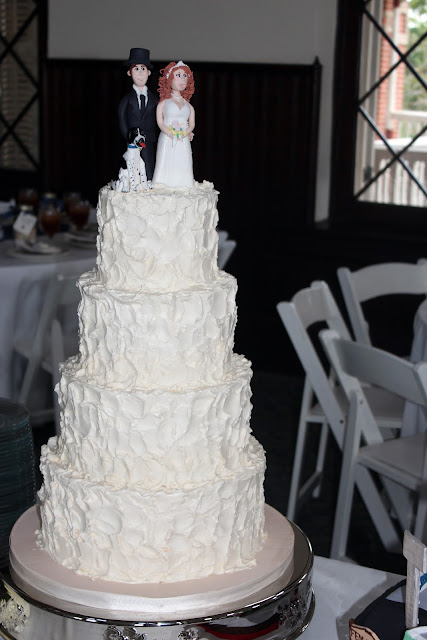 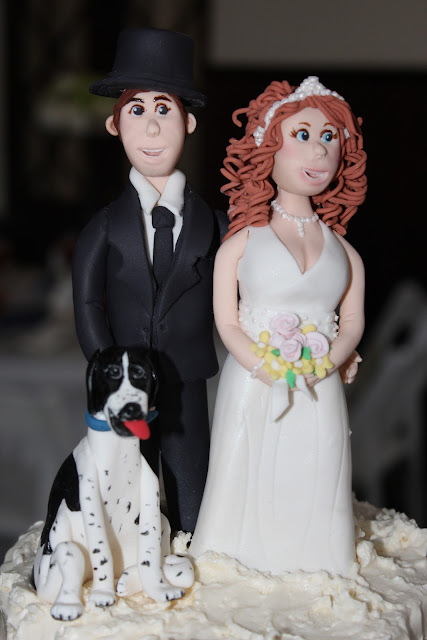 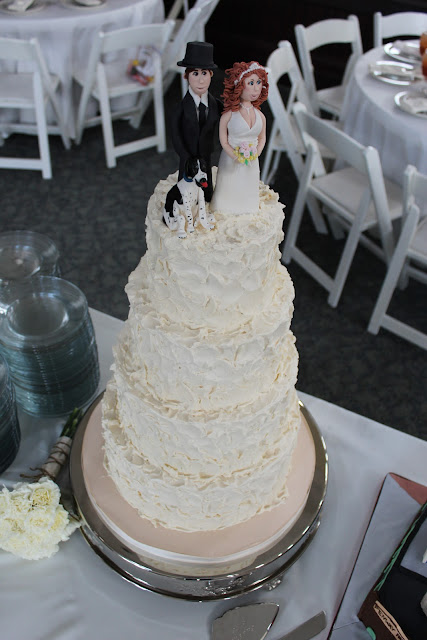 The Fenway Park cake was such a hit with the groom and his family, since most of them are from the Boston area and huge fans of the team.  The baseball park was carved out of chocolate cake with french chocolate buttercream. I used a brick texture on modeling chocolate for the outside walls. The fans in the stadium are blue, red, and white sprinkles. All of the billboards represent something important to the groom....the college and med-school he attended, the US Air Force, and some of his favorites things- McDonald's, Dunkin' Donuts, and Coca-Cola! 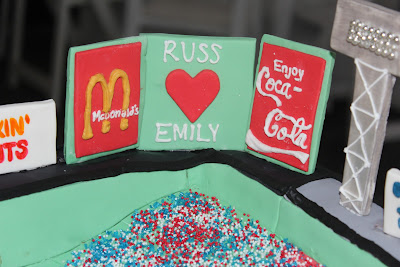 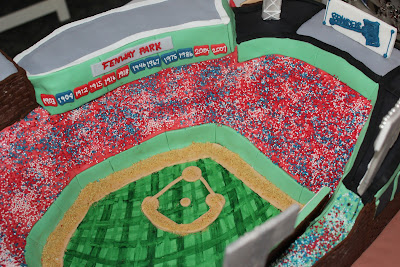 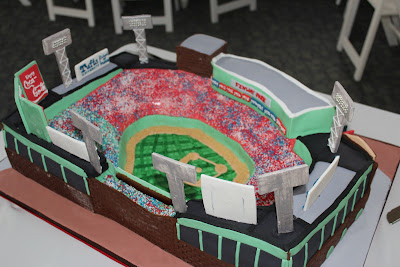 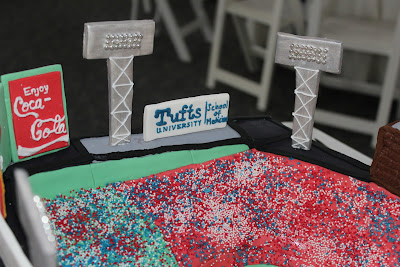 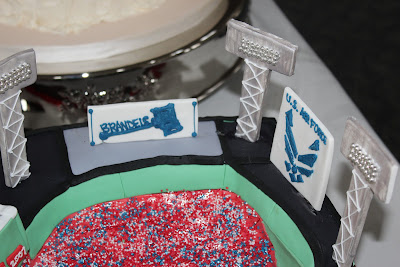 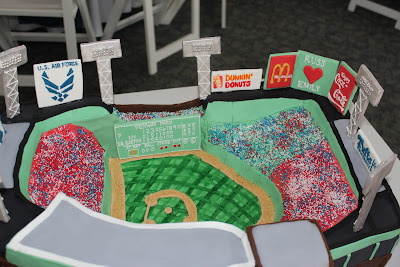 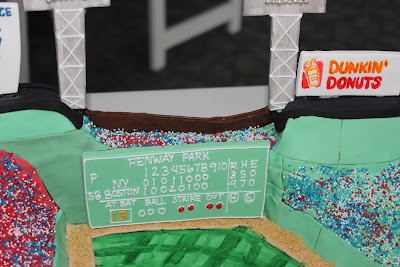 The Green Monster. Boston is beating New York 4 to 3. Alex Rodriguez is up to bat with 2 strikes, 0 balls, and 2 outs in the 9th inning. 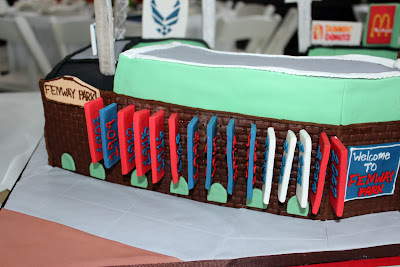 The championship pennants hanging outside the stadium. 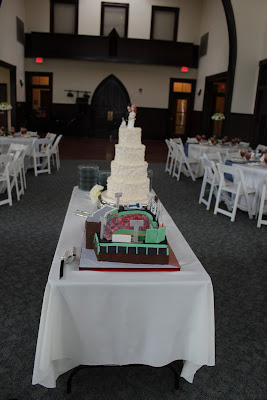 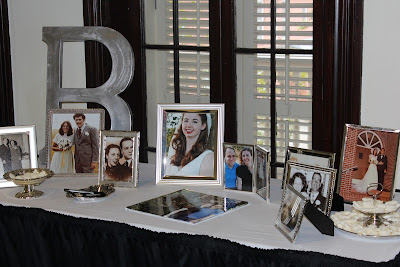 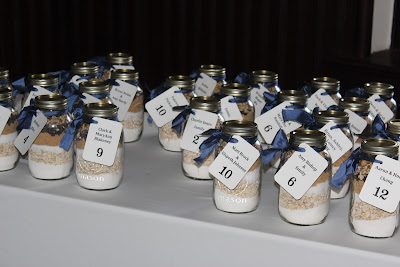 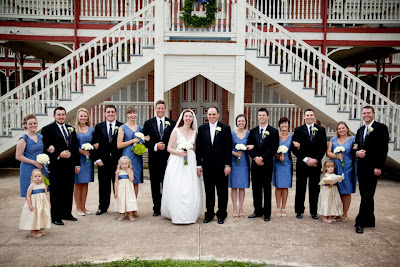 The Wedding Party.
Here's me working on the cake. 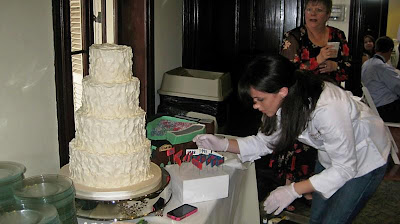 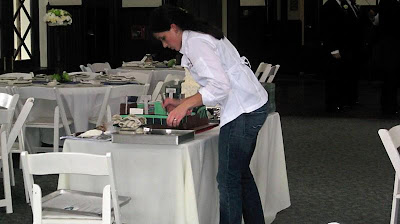 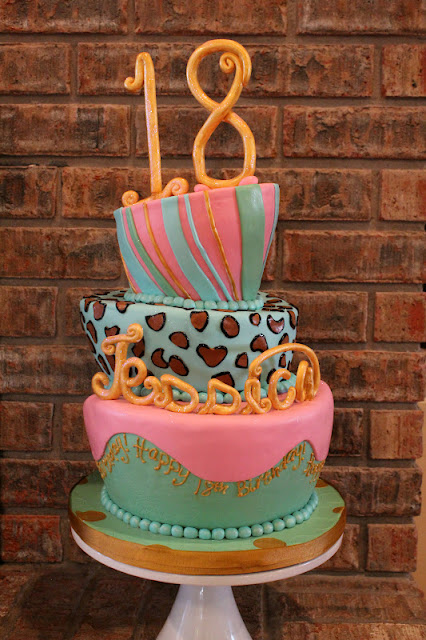 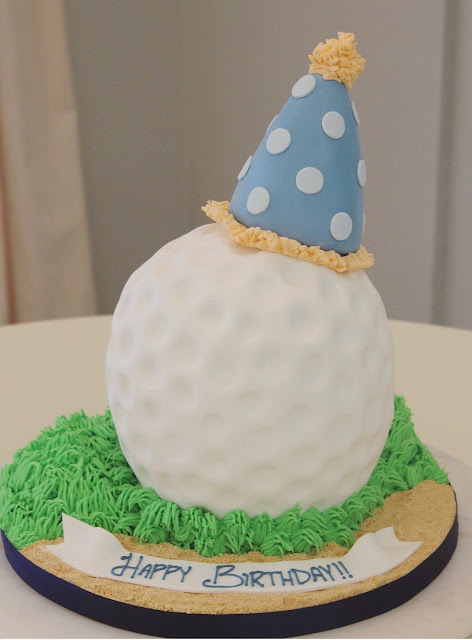 Laura-Kate
Zachary, Louisiana, United States
I started decorating cakes and cookies as a hobby and my passion led me to go to school and become a pastry chef! I create edible works of art for weddings, birthdays, and special occasions. Contact me for more information!